There are many interesting facts about the Internet, here’s some of them!

1. “On the internet, nobody knows you’re a dog” 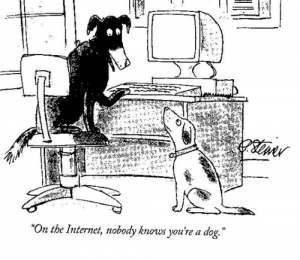 One of the most early famous quotes about the internet was “On the internet, nobody knows you’re a dog”. It came from a 1993 New Yorker cartoon showing a dog sitting in front of a computer and talking another dog. The cartoon mocks about the Internet Anonymity, where no one knows what is happening or who is behind the screen. One could even be a “dog”, a bad person. Internet Anonymity is an issue governments try to tackle; however, due to the regulatory gap it is difficult to ensure real identities on the web. It has been passed around the web more than any other New Yorker cartoons or any cartoon, and the illustrator supposedly earned more than $50,000. 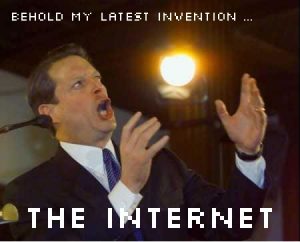 This urban legend states that Al Gore supposedly have said that he invented the internet. However, to our disappointment former Vice President Al Gore never actually said it. It legend comes from a 1999 interview, “Late Edition” on CNN with Wolf Blitzer. Al Gore originally said:

However, the quote got distorted, either with malicious intent or lost in translation,  the quote quickly became “I (Al Gore) invented the Internet”. Nevertheless, it is true that Al Gore has done more than any other elected official to support the development of the internet from the 1970s to the 1990s.

3. Bots (computer programs) accounts for half of the traffic on the Internet 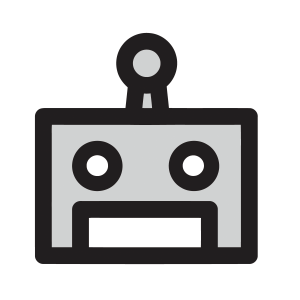 Have you wondered why sometimes you have to verify you are not a robot when visiting a website? They are not around just to make your life more difficult, it is actually an important measure to prevent bots on the internet to invade the website. This is because around 50% of all traffic on the web comes from bots rather than humans. Some are good bots trying to figure out how to achieve a better ranking on Google, but most bots spams the website or attacks the website so it crashes.

4. The deep and dark web

To understand the web, we must clarify 3 definitions; the Surface web, deep web and dark web.

The Surface Web is the part of the web we are most familiar with. it is anything that can be found by search engines like Google or Bing.

The Deep Web is anything that a search engine can’t find. This may seem odd but there are some websites that Google can’t find, it could be because of the website owner doesn’t want to be found.

The Dark Web is the small part of the Deep Web that has been intentionally hidden and is inaccessible through normal methods. Most content on the Dark Web normally involves illegal activities and therefore, we don’t recommend anyone to go in there. However, you can access the Dark Web with the TOR browser. The TOR browser is an anonymous browser that can access its special web network, called TOR network.