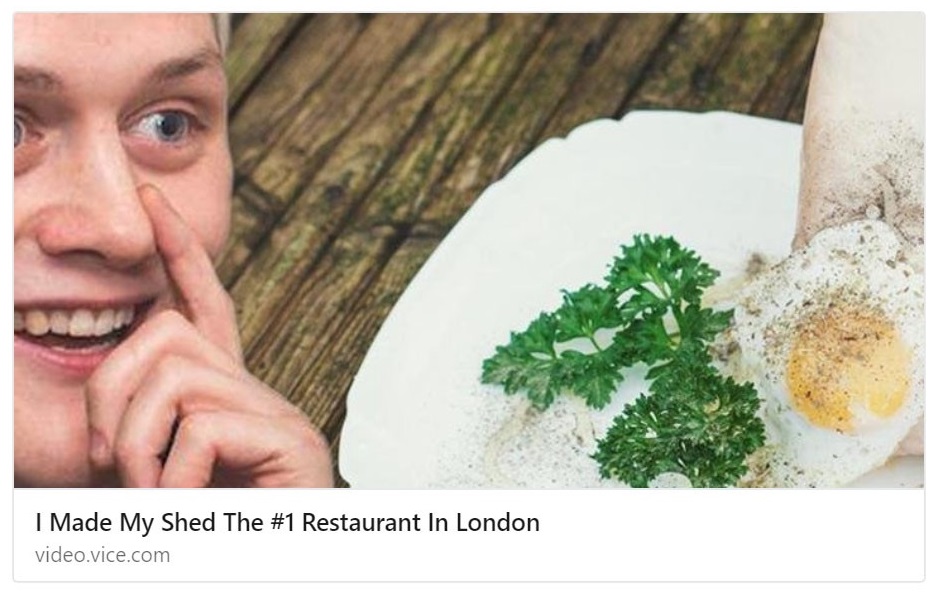 The experiment was simple. He started a fake restaurant and had his friends write fake reviews on TripAdvisor. If people called, he would tell them the restaurant was fully booked. This generated buzz and slowly his restaurant rose to the top. You can watch the full documentary here.

In the end, Tripadvisor responded with because this was a fake restaurant, the review patterns differs from a real business. However, this is the problem. No matter if the restaurant is fake or not, Tripadvisor still allowed him to be number 1. They didn’t do anything about it before the documentary came out. Now users on Tripadvisor are sceptical about reviews.

This is problematic, real businesses are trying hard to improve their ranking. Then comes a fake restaurant and within 6 months, they were able to beat all the real businesses. This goes to show that gaming or cheating the system still works today and you could benefit from it. Granted The Shed at Dulwich will be revealed eventually since it’s fake after all. However, he could easily use this as leverage to get deals and turn his business into a real one. All of this because of fake reviews, and honestly this will continue to be an issue.

Many sites like Tripadvisor uses automated computer robots to check for fake reviews. But even humans sometimes can’t tell a fake review from a real review. So how could a computer tell the difference? Good fake reviews are written by people. Since everybody’s experience is different, how can you say for certain which ones are fake? The current system is flawed and Oobah highlighted this issue for sites to fix. Nevertheless, if you are a real business, don’t worry. Fakes will always be exposed and fakes wouldn’t last long either.